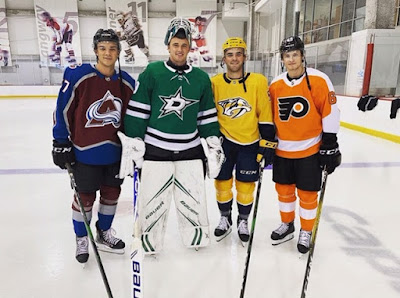 Four Terriers from last season’s squad are among the 27 rookies and prospects who participated in the NHL Rookie Showcase in Ballston, Virginia on Sunday: Shane Bowers, Jake Oettinger, Dante Fabbro and Joel Farabee.
►The full BU men’s hockey numerical roster for 2019-20 is now available, including a few uniform number changes.
Looking ahead
2020 recruit Jay O’Brien scored a power play goal in his first game for BCHL Penticton, a 3-1 exhibition game win against Merritt. A Flyers’ first-round draft pick in 2018, O’Brien is transferring to BU after spending his freshman season at Providence.
● Pentictonvees.com: game recap, Spotlight on Jay O’Brien
2023 recruit Ryan Fine, who was the first ’05 birthdate to commit to an NCAA school, had a strong performance at the recent SFX ’68 Combine in Chicago, earning a high ranking from New England Hockey Journal:

#3. Ryan Fine
#8 Black, Mid Fairfield, 3/14/05, Right Shot
NCAA Commit: Boston University
Fine is a speedy forward with elite playmaking capabilities. He had three goals and an assist. All three goals came in Sunday’s finale. His speed is an asset as he can burn by guys and accelerate quickly to make plays in small areas. His agility is a notable asset. He sees the ice well and knows where to find pucks. 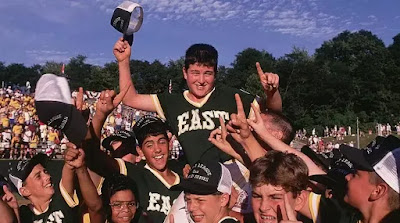