The Maryland Terrapins jumped out to a big lead and held on, beating the Minnesota Golden Gophers 72-59 at a quiet Xfinity Center.

A three-pointer by Terp Donta Scott gave Maryland a 29-10 lead with 7:49 to go in the first half.

They continued with a double-digit lead and were ahead 44-28 at the break.

Maryland maintained their double digit lead in the second half but the Golden Gophers would not quit.

They slowly crawled out of the hole they had dug for themselves and their three-pointer made the score 65-59 with 3:14 to go in the contest.

Maryland kept their poise and a deep three-pointer as the shot clock expired by Aaron Wiggins made the score 68-59 with 2:39 to go and the Terps weathered the storm which allowed them to sweep the season series with Minnesota.

The Terrapins got a much needed conference win improving to (11-10, 5-9 Big Ten)

Wiggins led the way with a team-high 17 points while corralling five rebounds and dishing out two assists.

Maryland’s Galin Smith came off the bench to score 10 points to go along with five rebounds and four assists.

Scott led Maryland’s balanced attack with 11 rebounds to go along with his eight points and three assists.

Maryland shot a Big Ten-game season best 53 percent from the field while holding the Golden Gophers to 32 percent shooting from the floor.

Maryland shot 50 percent from three-point land while holding the Golden Gophers to 27 percent shooting from beyond the arc.

The Terrapins made 13 of 18 free throws while Minnesota went eight of 11 from the charity stripe.

Maryland shared the ball ending with 16 assists on 27 made baskets and won the rebounding battle 37-33.

Minnesota was led in scoring by Jamal Masburn Jr. who finished with 14 points. Isaiah Ihnen added 12 points and a team-high seven rebounds in a losing effort for the (13-8, 6-8) Golden Gophers.

Life-long Redskin fan who enjoys writing, watching and following most sports. Father to three beautiful girls and married to a trophy wife 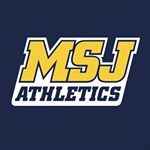