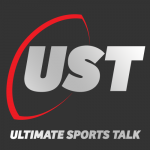 On this episode of the “Ultimate Sports Talk Show” Dave Mitchell asks if the Browns made the right moves and will Phil Jackson make a difference in the New York Knicks? Dave also talks with former Cleveland Cavalier and current Head Coach and GM of the Brampton A’s David Magley.